However, for many use cases, monitoring model metrics, such as AUC, may be insufficient. This may be particularly true in cases where long periods of time pass before receiving feedback on the accuracy of the model’s predictions.

This short video provides an overview of the Model Drift Monitoring plugin: The Model Drift Monitoring plugin provides insight into this problem by shortening the feedback loop. This plugin allows you to examine if new data waiting to be scored has diverged from the training data.

If the new data waiting to be scored is significantly different from the data used to train the model, it is likely that the model will no longer perform well, and may need to be retrained.

For any deployed model, this plugin provides a new model view with the following visual elements.

In order to detect drift between the test dataset used by the model and new data, the plugin runs a Random Forest classifier that aims at predicting the data’s origin. If this model is successful in its task, it implies that the two datasets can be distinguished from one another and that data drift must have occurred.

In addition to a drift score, the plugin provides a number of other insights. The Fugacity table expresses the difference between expected and observed samples. It compares the proportion of samples predicted in each class when applying the model on both the test and the input datasets. 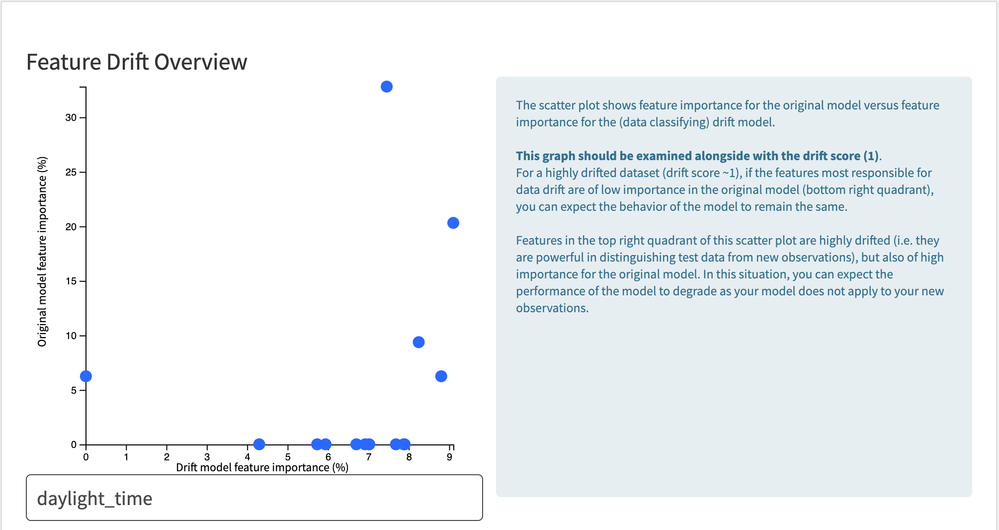 The feature daylight_time is important in the original model and is highly drifted.

Try this hands-on tutorial for managing the lifecycle of a model in production with Dataiku DSS.