I trying to create project ,where I can recalculate my data based the user input . below is my flow in dataiku project 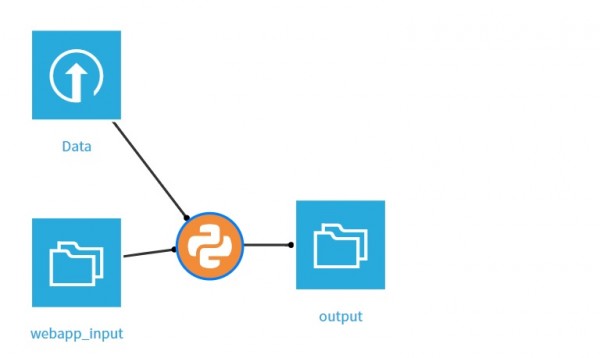 Data - this data set ,i have uploaded through csv file

webapp_input - This dataset ,I am loading  from webapp (created in html,js and python backend )

Output- this data set I am creating using python recipe

whenever ,I am adding more data in webapp_input through dataiku webapp .I have to run the python receipt manually  to re-build the "output"dataset  .

But I am trying to trigger it through webapp itself .As soon as will update the data in UI .it should store in webapp_input dataset (which is working fine ) and re-build the "output" dataset .

I have tried following python scripts for this .

Even though the dataset is present in the Project, it’s giving us below error message.

I have tried second option :

Non of the options are working .would you be to help me with solving this issue .or any other approach for my requirement .

Are you sure that your project key is "Testing" ? The project key is not the name that displays on the home page, but the portion in the URL. It is usually all-caps
0 Kudos
Reply

Thanks for your quick response .
"Testing " is my project name and I am writing this script within the dataiku webapp .Do I still need to get the project key for that .

Can you please suggest ,where I should put my project key

I was referring below link :