For example, those two queries work fine in an SQL notebook:

but this query returns an error: 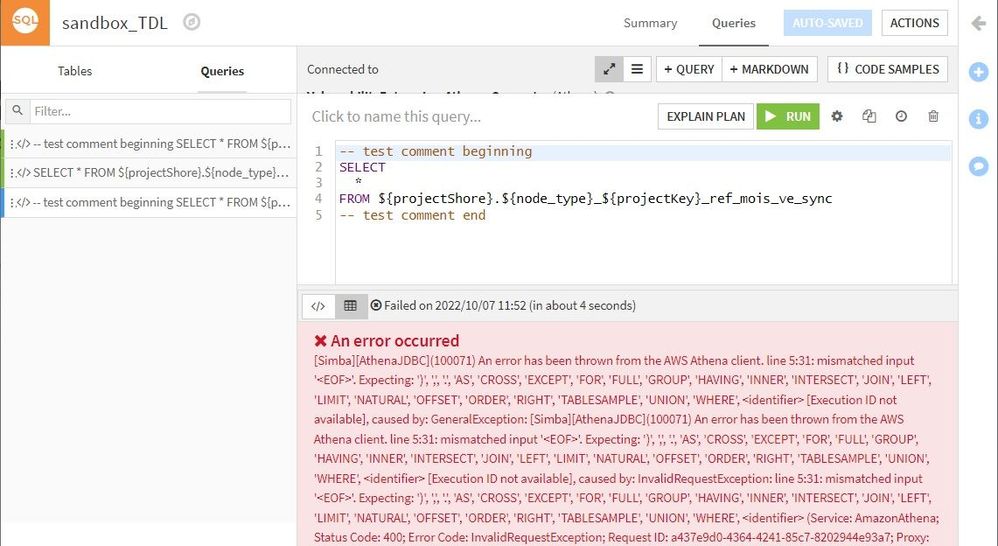 This problematic behaviour is also met in SQL probes when defining new metrics (where comments are added by default at the beginning and at the end of the SQL probe!)

Any ideas on how to fix this problem? 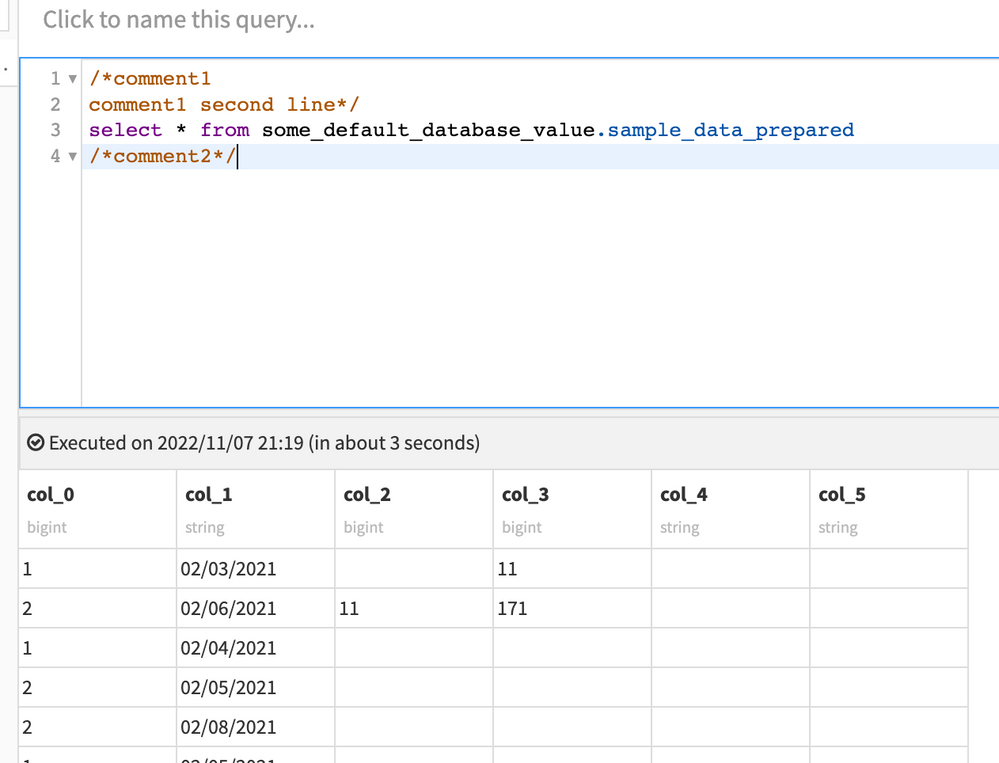 Thank you for your answer @ismayiltahirov.

Actually, we have abandoned multi-line comments as they can prevent a Spark SQL recipe from running with an odd number of quotes (and as we work as a French team, unfortunately we often use quotes 🙄).

Thus, dataiku's support team suggested us to use '--' one-line comments.

All in all, we encounter problems with both type of comments...

Hello can you check if switching statements execution mode of the notebook to regular statement will solve the issue?

This worked indeed for SQL notebooks. However, this configuration seems unavailable for SQL probes:

Since sql probes wouldn't use spark, I am curious if it would be ok for you using multiline comments. It should work even if you add an empty one at the end of the script like in a screen below

Yes, multiline comments work outside of Spark (in our case when using AWS Athena as the SQL engine).

However, do you think it would be possible for dataiku to provide a uniform comment style that works regardless of the engine and the underlying comments (e.g. odd number quotes inside the comment)?

Just wanted to mention a new bug encountered on a Spark SQL recipe: the column I tried to add on line #35 is not added to the output table (even though dataiku explicitly informs me that it was added by updating the schema of the output table when validating the recipe). After the build, the column is not added when using those comments in the recipe (I had to remove the comments to successfully add the column).