How to fold multiple columns with several variables

How to fold multiple columns with several variables

I have a dataset with multiple columns and multiple variables

When I'm using "fold multiple columns" It doesnt work beacuse first I'm folding it by units - it is giving me correct result, but when I'm adding  as a next step fold by sales it is multiplying my rows again. The idea is to fold my 4 variables at the same time. Has anyone an idea ?

You can achieve that by using multiple steps such as a "Fold multiple columns by pattern" step and a "Pivot" step in a Prepare recipe.

For example, assume you have the following dataset: 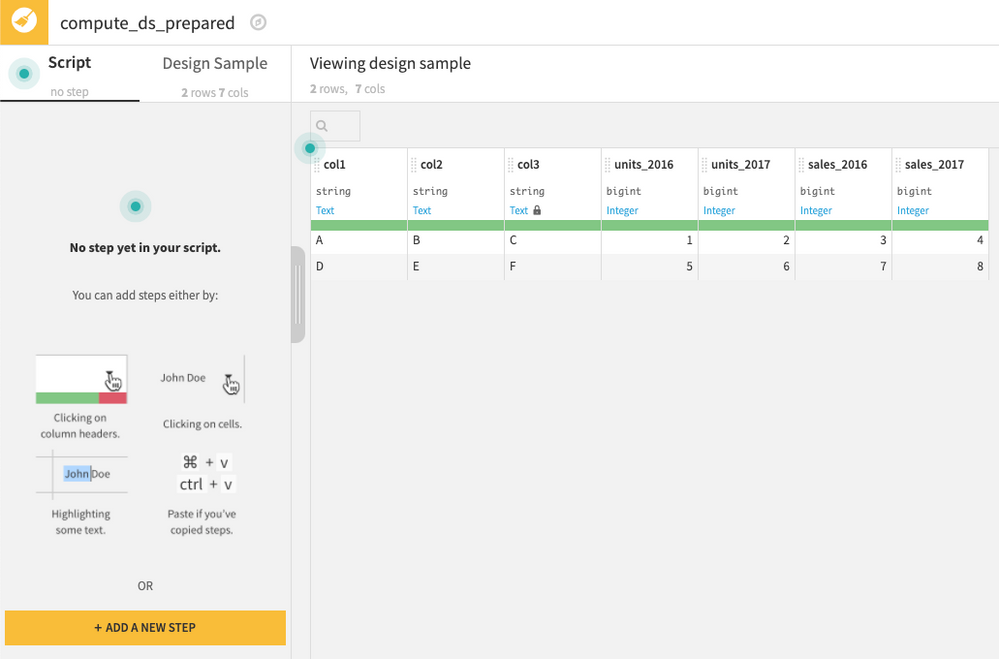 First, fold the "xxxx_YYYY" columns with a "Fold multiple columns by pattern" step as follows:

Next, split the column which contains "xxxx_YYYY" values by an underscore (_) with a "Split column" step as follows: 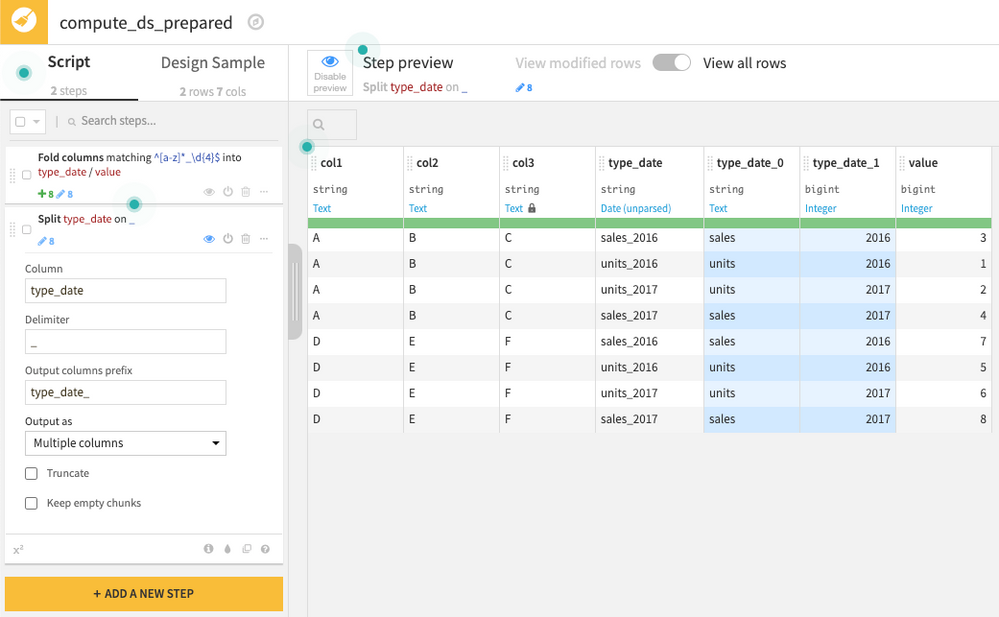 Then, pivot the dataset with a "Pivot" step as follows: 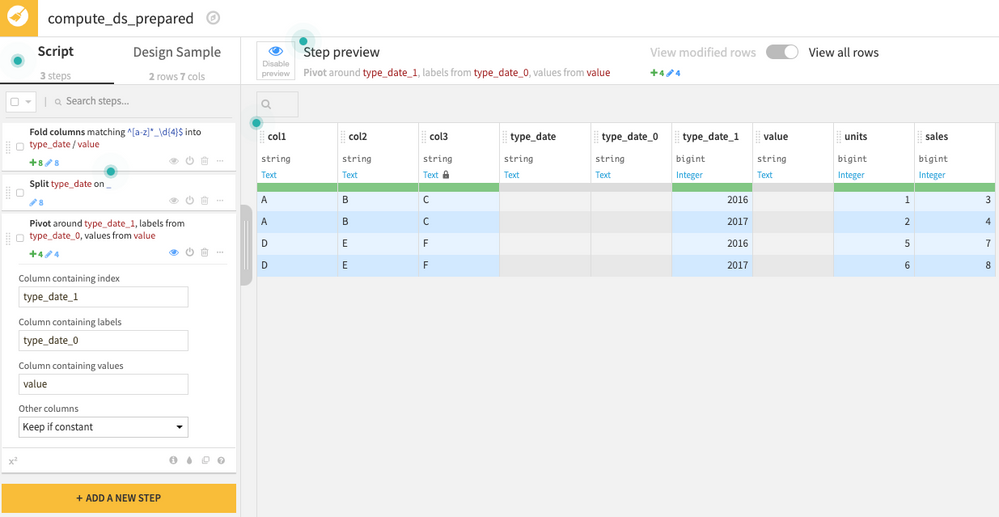 Finally, remove the unnecessary columns and rename columns if necessary as follows: 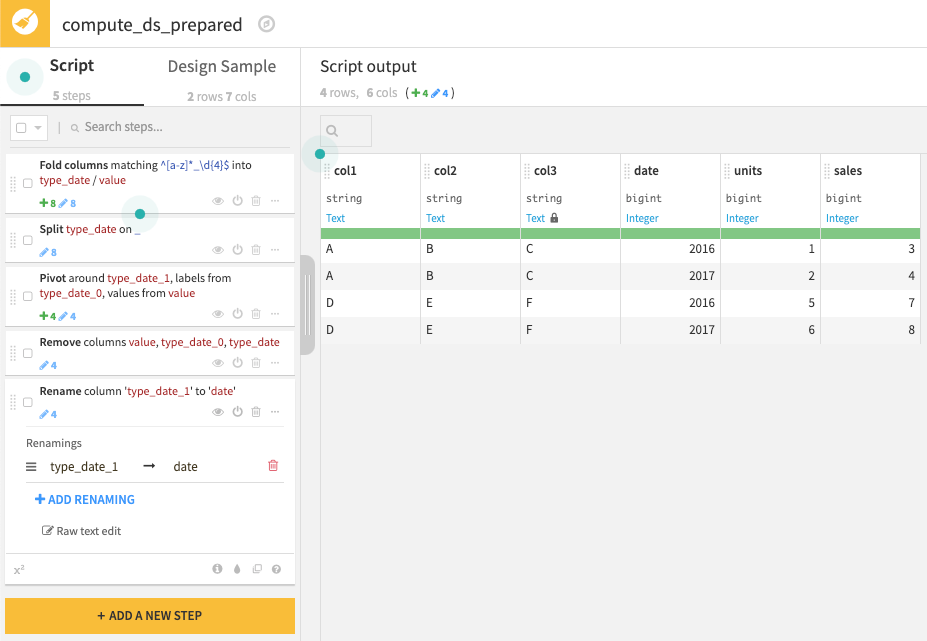 I hope this would help. Please let us know if you have any further questions.