How to pad a number with leading zeros

How to pad a number with leading zeros

A common requirement when you have a column of numbers is to format all numbers so that they have the same length, adding leading zeros if needed.

This can be done in the DSS preparation recipe using a Formula.

The formula function to use is format. For example, to ensure that all values of the column mycolumn are padded to have a length of 11, including leading zeros, use: format("%011d", mycolumn) 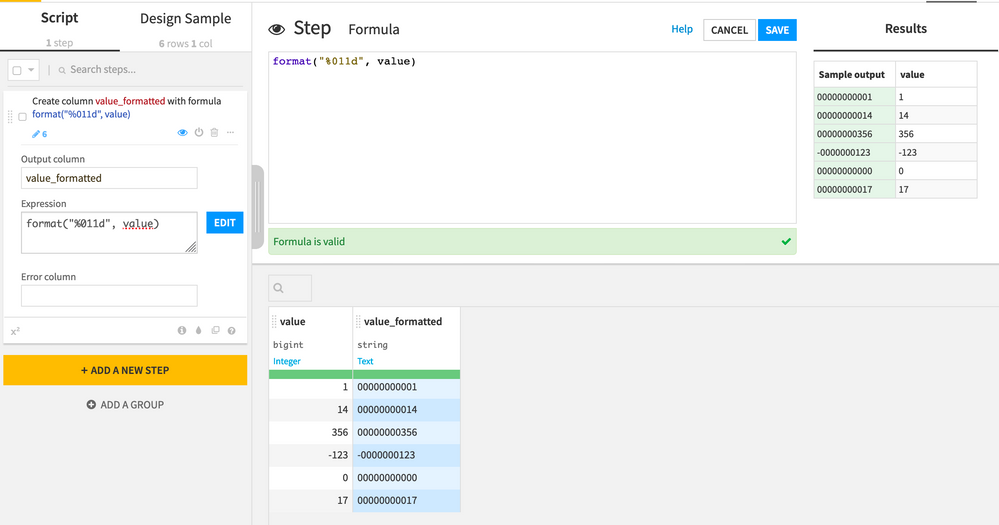 It is useful to remember the usual formula rules to refer the values of columns, as described in the DSS reference documentation.

For example, to do the same in a column named "my column" (note the space), you would use instead format("%011d", numval("my column"))