I am like to know how to merge the tables by making one table as base file, I also gone through the tutorials but I am not yet clarified.

Please support to get detailed idea

1: Putting one dataset on the top(buttom) of another

In Dataiku DSS, this operation is called "stack". In order to stack one dataset on top of another, two datasets should have more or less the similar column names. 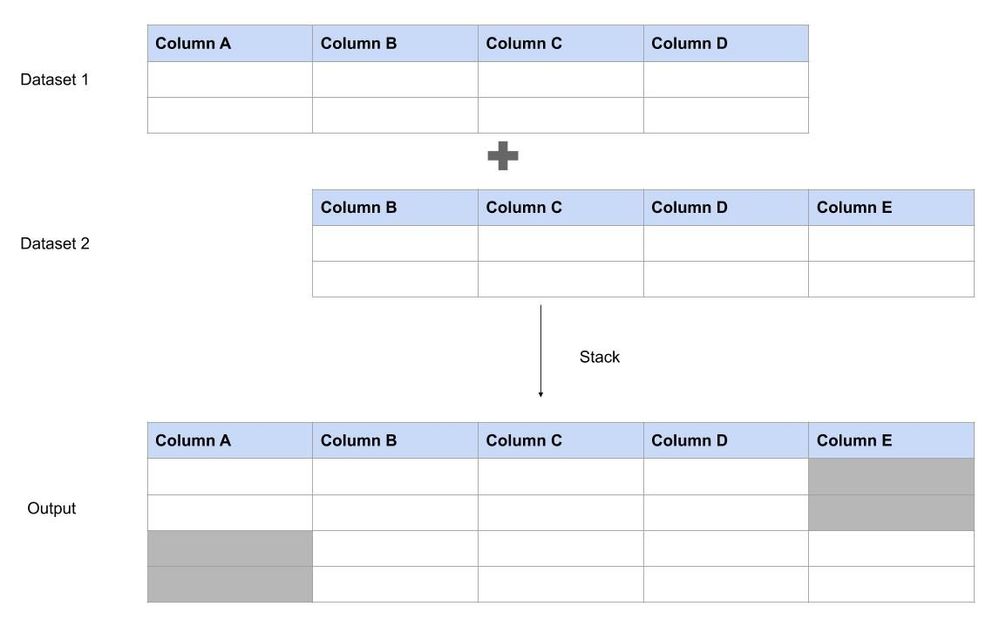 In DSS, this can be done by Stack recipe.

Here you can see the tutorial about how to use the stack recipe: https://www.youtube.com/watch?v=IQ_gx1_cnTE

2: putting one dataset next to another

In DSS, this operation is called "join". When joining two datasets, you need to keep in mind two things: Join key and Join type.

Join key is a shared column(s) in both datasets. When you don't have any common columns in datasets, you cannot join them. 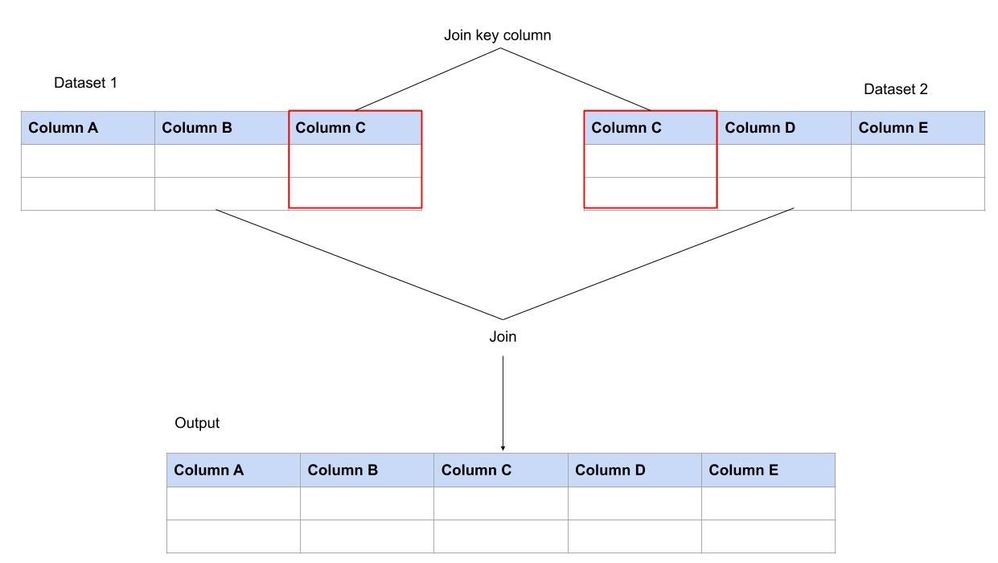 Join type is about how you want to keep rows from both datasets after joining. There are several join types, but normally you choose one of the three: left join, inner join, or outer join. But all in all, you need to decide which dataset you want to put on your left and right side.

Left join keeps all the rows from your left side. From the right side dataset, it keeps only the rows with the matching join key. In the example below, the join key is the ID column. Pay attention that the row 3 & 4 from the Table B is dropped because Table A doesn't have them. 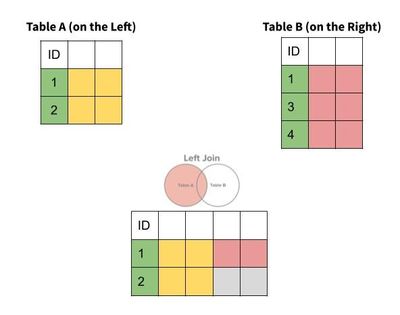 Inner Join keeps only the matching rows from both of the right and left datasets. 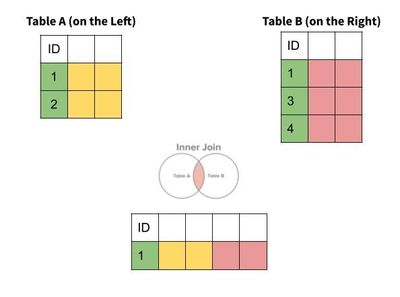 Outer Join keeps all the rows from both sides. As a result, there will be some blank cells in the output dataset. 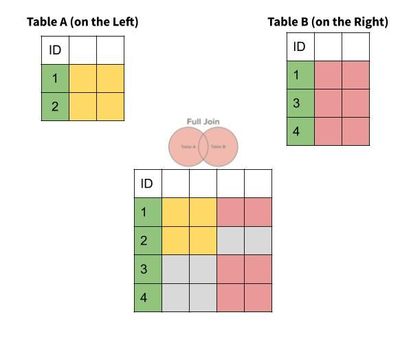 Here you can find a tutorial about how to use Join recipe in Dataiku DSS: https://www.youtube.com/watch?v=MfX2ycIDQw8

It is appreciatable of your solution!

I am also having anaother query!

Please let me know how to proceed the same