Description:
Effilab was initially a digital advertising agency which was acquired by Solocal to develop a digital product - Booster Contact - which offers customers higher visibility on search engines through optimized campaigns and bids on Bing and Google AdWords. Solocal offers these services for a fixed monthly fee, which is generated on a prospect-by-prospect basis depending on their needs, especially to small local enterprises.

The data team at Effilab was originally composed of Python developers, data analysts, and data scientists. Our core missions were the deployment and operationalization of two models:

The solution used before Dataiku was entirely home made in Python code, with the following challenges:

Both projects were deployed quite quickly on Dataiku, using the Design, Automation and API nodes with the following benefits:

The team moved from the in-house app developed by Python developers to Dataiku on Google Cloud Platform, which removed the barrier between research/development of algorithms and productization. This ultimately gives data scientists more independence and more control over the data pipelines, as well as more time to focus on the models that bring business value.

Dataiku enabled Effilab’s data team to reduce time-to-production by at least 3x. This change was driven by the nature of Dataiku as a robust solution, including allowing for algorithmic R&D to be facilitated by the model interface.

In going from a mass of different tools and attempting to cobble them together in-house (data connections, Python recipes, Jupyter Notebooks, libraries integration for development, wiki, scheduled scenarios, monitoring) to Dataiku as an all-in-one solution, the overall processes and efficiency of the team are improved.

Later on, easy onboarding of data analysts that got access to data pipelines and databases, and were able to contribute more and more easily. 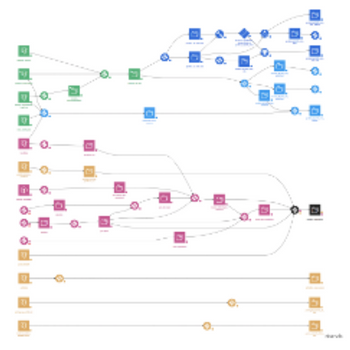 The need for data engineering to maintain the two products has largely decreased, thanks to the robustness of the solution developed in Dataiku. The all-in-one platform enabled us to remove bugs in the automatic bidding models, leading to cost savings in the orders of dozens of thousands of euros a month (largely paying for the Dataiku licence!).

As explained above, Dataiku enabled us to decrease time-to-production by at least 3x thanks to the central, flexible platform, which allows for integrating different technologies (e.g. algorithmic R&D) within the visual interface.

Through enabling fast onboarding of new team members and giving an easy way to act on data, new ideas and new features emerged to improve the two products. Priceless!