I am aware we can use the Dataiku Python API to implement much of the functionality mentioned in the subject (e.g. via a custom scenario), however, what I am wondering about pertains to less technical users who are using non-script-type scenarios or scenario steps in their projects.

Does DSS have out of the box functionality for these use cases, or would it be easy enough to build a generalizable plugin(s) to expose in the scenario interface?

General use case: global re-try X times if scenario A fails or local re-try of scenario step A-1 if it fails. Roughly the same logic for timeouts.

Apologies if this is resolved elsewhere - I could not find a related post specific to the visual components for Scenarios.

Thanks for posting the question on Community.

In each step's settings, you can configure "Maximal number of retries" and "Delay between each attempt" as follows. 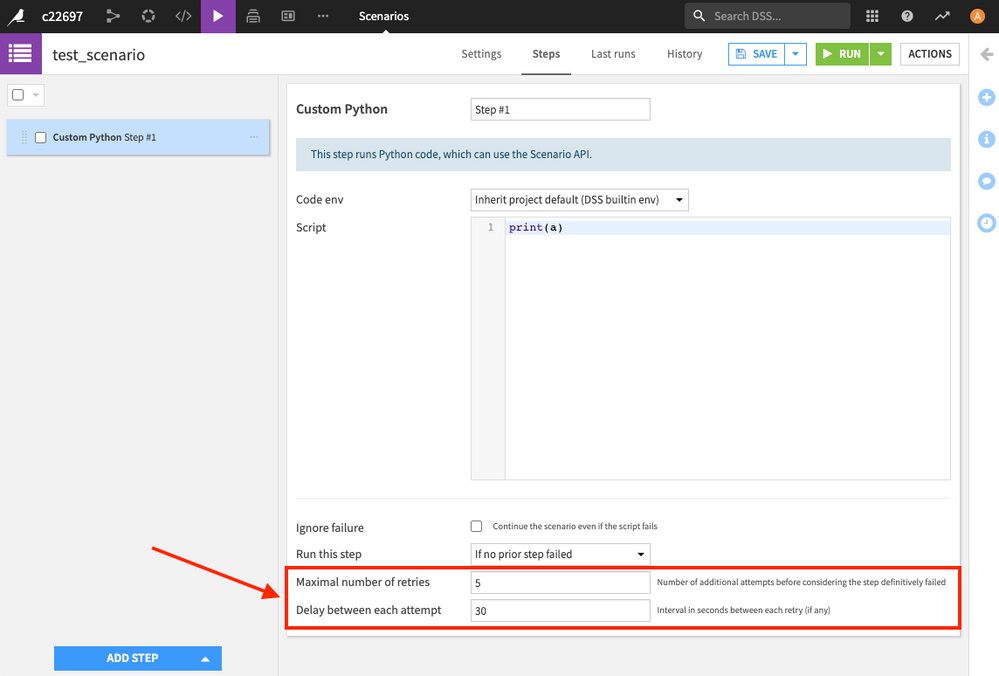 For a timeout functionality, we currently do not support it natively but you can achieve that by manually implementing it. Please see this Knowledge Base article https://knowledge.dataiku.com/latest/kb/code/python/How-to-set-a-timeout-for-a-particular-Scenario-b... for the details of how to implement a timeout in a scenario step. I have forwarded your feedback with our Product team for further review. Thank you so much for sharing the feedback.