I have been trying to avoid the varchar(500) and bigint types that Dataiku generates (in the output dataset) as a consecuence of applying a recipe on an input dataset.

I have not been able to figure out how to do such thing.

I tried to set manually the storage type in the recipe for that column but doesn't seem to work, even if I edit the JSON maxlength manually.

I know that I can edit the CREATE TABLE statement from the advanced tab in the Output dataset, but that is not a thing that I would like to mantain.

The main problem I found is the following: 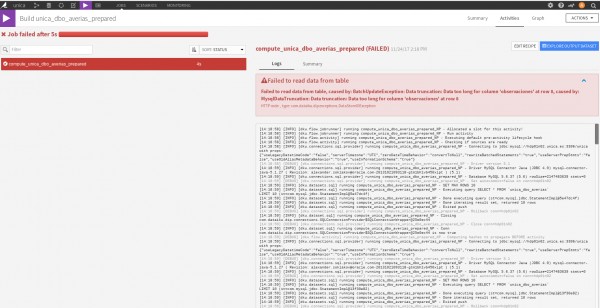 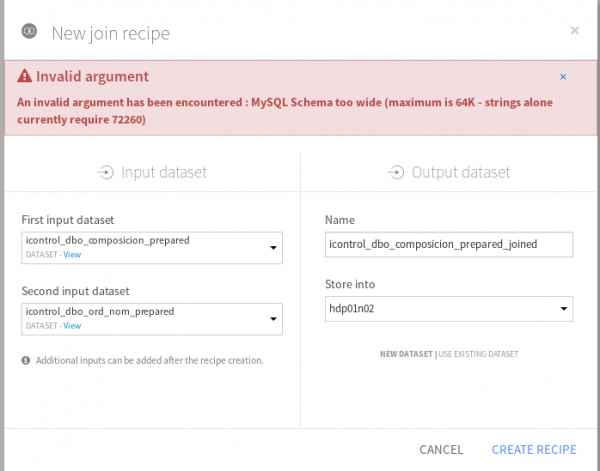 Dataiker
Adrian, one of the ideas underlying dataiku is to abstract away some of the "messy details" of data management. So perhaps you could elaborate a bit on why you want to force the storage type? Do you use mainly visual or mainly code recipes? Understanding what you want to achieve helps for giving a better answer!
0 Kudos
Reply

acuesta
Level 2
Author
In response to matthias_funke
I am using visual recipes.
I updated the description with the problem that lead me to trying to force the types.
0 Kudos
Reply

Dataiker
Adrian, I can really only think of work-arounds, what are your thoughts?

1. You already mentioned you can edit the "create table" statement. You could potentially do that in python code using the DSS API

2. Could you use DSS managed dataset instead of MySQL as the back-end? You don't have the same limitations

3. Could you use PostgreSQL instead of MySQL?
0 Kudos
Reply