How to display non-aggregated metrics in charts

How to display non-aggregated metrics in charts

The type of chart determines whether displaying raw values is possible.

In cases where the grouping variable does not have unique values, be sure to select the correct aggregation through the interface. For example, should DSS sum the values? Take an average? Or plot the minimum or maximum value in the group? 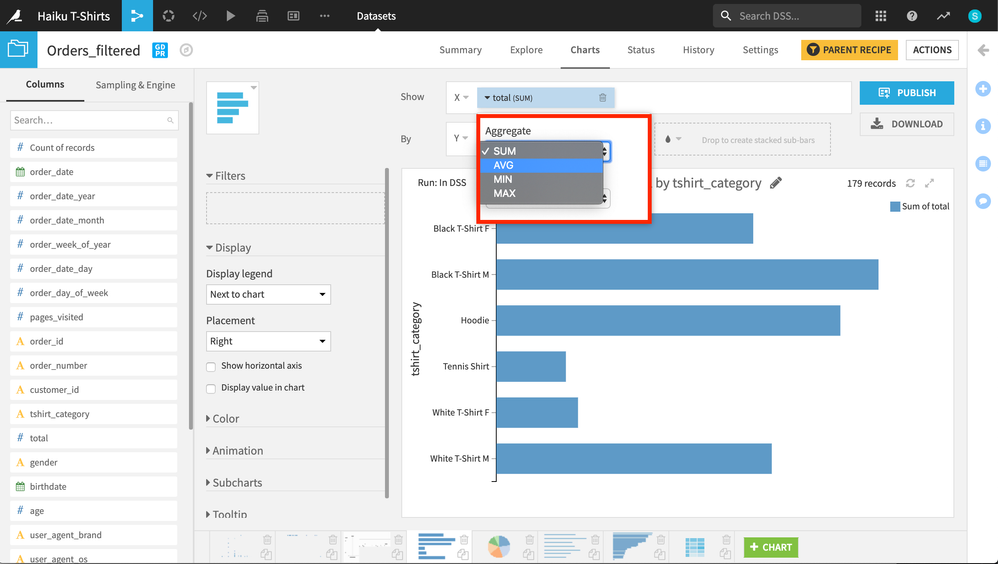 If “total” is the amount spent in dollars, should DSS plot the sum or average for each type of t-shirt category?

More advanced visualizations can be created by developing web apps within DSS. Several types of web apps are possible: 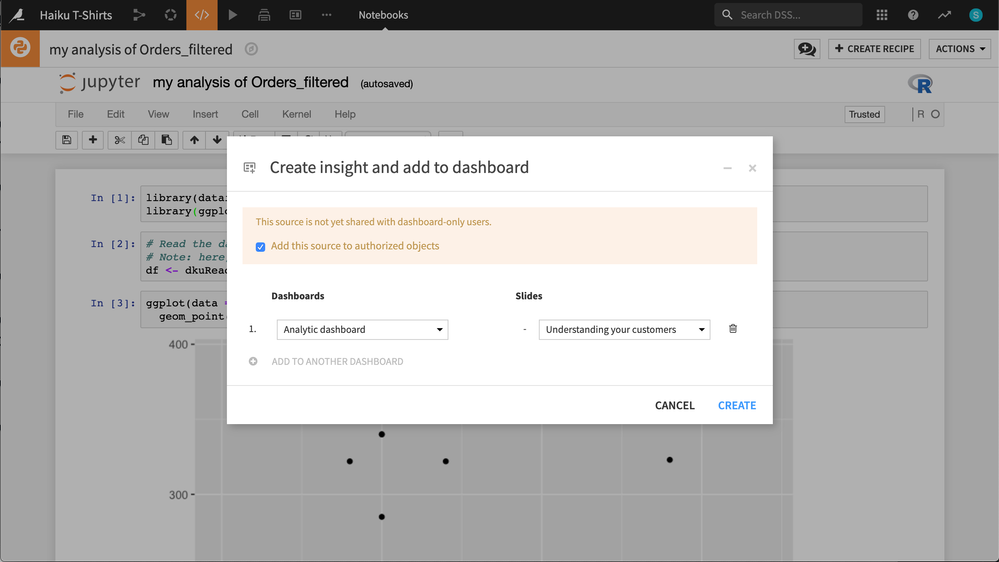 You can publish chart output from a notebook as a static insight on any slide of a dashboard.

Try out some hands-on tutorials for creating charts in Dataiku DSS.