Although Jupyter notebooks are integrated into the Dataiku DSS interface, some developers favor writing code in an external IDE. DSS has integrations with a number of popular IDEs, including VSCode, that make it easy to manage code.

The short video below demonstrates how the DSS extension allows developers to pull and push code between DSS and VSCode: From within VSCode, you can install the dataiku extension and then configure VSCode to connect to an existing Dataiku instance.

Once the connection to Dataiku is established, you can pull code from an existing code recipe, web app, or plugin into VSCode, edit and test the code, and then synchronize your changes back to the code recipe or plugin when you save the file.

This feature allows developers to collaborate with teammates and contribute to DSS projects while still being able to use their preferred IDE to write and test code. 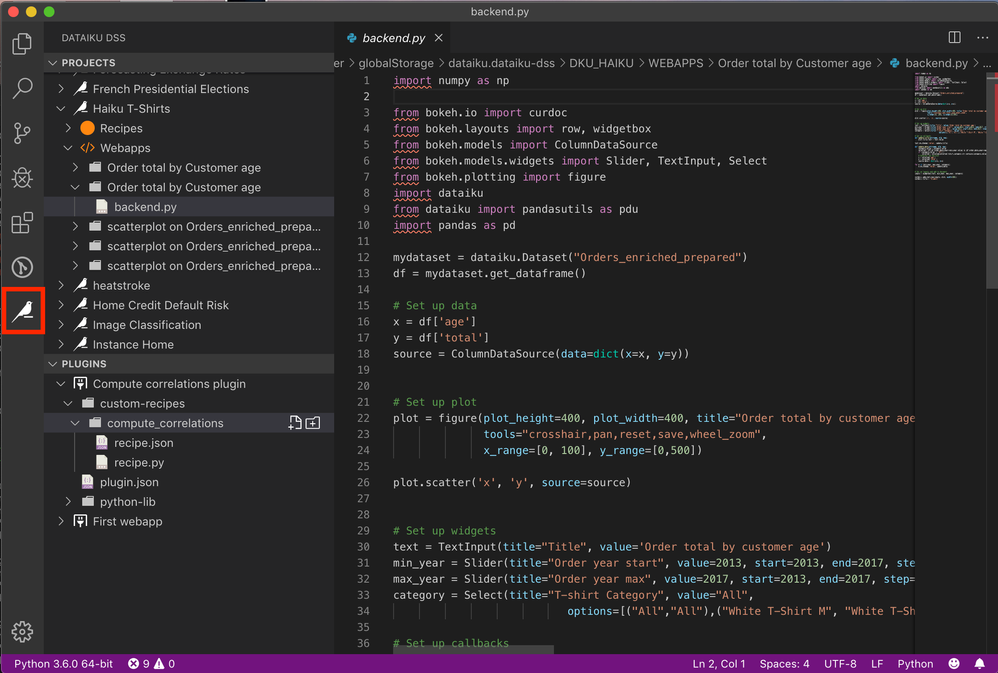 Try out this hands-on tutorial to see how this feature works in action.

For example, you could create config.json with following contents in OS home folder