A community thrives on the basis of its great members - so let's take a look at some of them shall we? From time to time we will be highlighting a prominent member of the Community, and sharing their story and DSS accomplishments! Meet Tom - known here as @tgb417. Tom is an active member of our Community here and we thought you all might want to get to know him a little better. To that end I sat down with Tom and had a chat about his story with Dataiku DSS.

How did you find Dataiku and get started with DSS?
I work in the cultural non-profit sector in the theater & museum communities as a data analyst and organizational change agent. In 2015/16 I realized that our competitors, for "human attention" (little organizations like Netflix, Facebook and others) make extensive use of data analytics & ML modeling to gain an edge on each other, and almost by accident, us in the non-profit arts and cultural community. As I investigated this phenomena, I could see how the techniques used by these organizations to build for example recommendation systems. Would be very helpful to a theater working with lesser known, avant-garde shows like the theater I worked for at the time. To that end I set out to find techniques and tools to use to accomplish this and other analytic and ML projects.

I found some information about Dataiku as well as other options in Gartner and other reviews. After approaching some of the major vendors in the space to see if they would be interested in working with non-profits it emerged Dataiku and several others were interested in collaboration to a greater or lesser extent. So which tools could I use? After attempting to run projects with this subset of tools. I discovered that the data prep tool in DSS was both powerful and easy for me to use. And as I grew into more advanced needs and usages DSS continued to have more to offer. I also discovered that Dataiku support was extremely generous even toward a person like myself using the free edition at that point. Thank you DSS team!

What's your favorite DSS feature?
As I started using DSS, the ability to see the data at the same time as making changes to it during ETL in visual exploratory data analysis was super helpful. As I’ve built confidence and experience, I would have to say that R & Python Jupyter notebooks, as well as some of the plugins have become my favorite features more recently.

Tell us about your projects!
I’ll tell you about a walkup attendance forecasting project that is approaching deployment now. We aimed to establish how many people will attend next year so we can budget effectively. The ability to move from model to model to see what worked was easy and helpful. Producing sophisticated models and tweak variable importance, feature selection, feature cleanup all without coding was very useful to me especially earlier on, when my Python knowledge was less strong.

Here's a screenshot of the flow I built out to accomplish my goals: 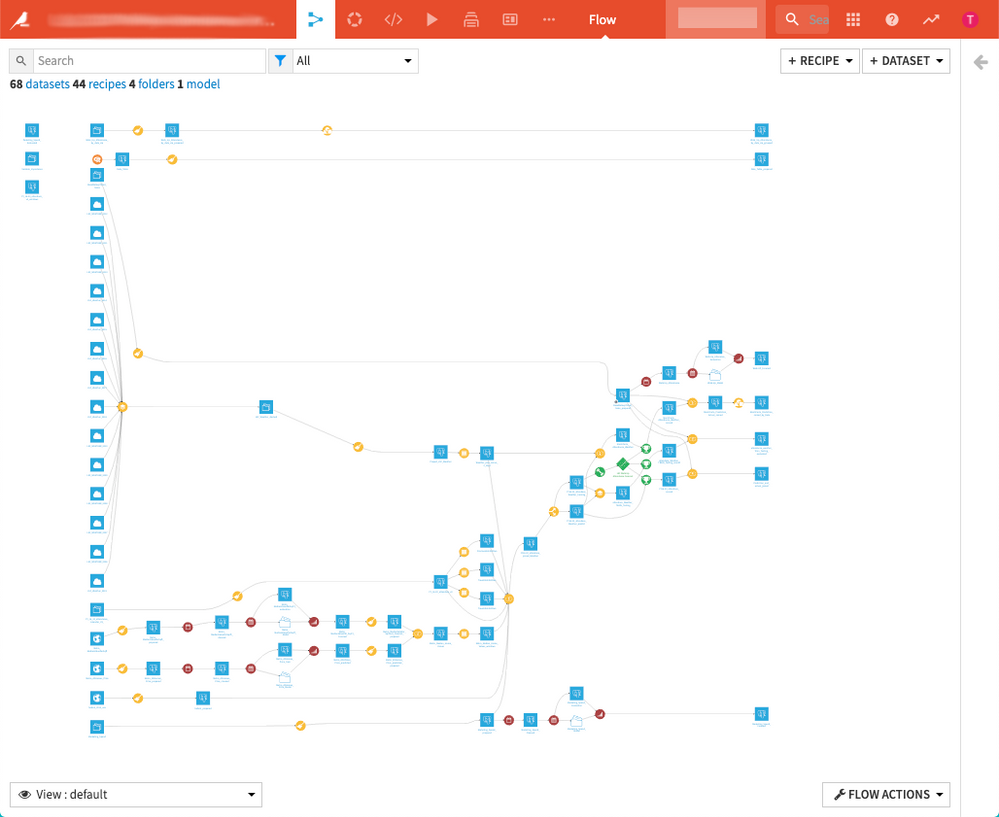 What’s your dream DSS feature?
A plugin to allow DSS to connect directly to the REST API for our CRM system. This plugin would allow access to customer, performance, & donation data for visual analysis and data modeling. This would make my life easier as well as allow me to consistently share data access with various internal staff. And allow my analytic colleagues at the 650+ other Non-Profits that use the same CRM system to help their users as well.

So that’s Tom! If you have any other questions for him feel free to post in the thread! He will be especially happy to talk about the Ikig.ai program or AI based art making. He's shared one of his recent digital art works below. 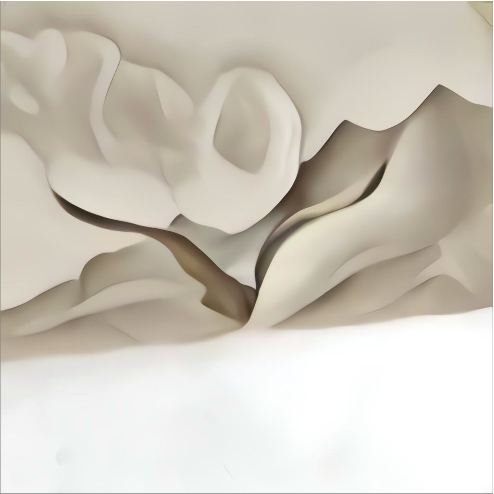 A reply answered your question? Mark as ‘Accepted Solution’ to help others like you!
5 Kudos
Reply
Solutions shown first - Read whole discussion
2 Replies

A reply answered your question? Mark as ‘Accepted Solution’ to help others like you!
0 Kudos
Reply