How to import code from GitHub, GitLab, or Bitbucket

How to import code from GitHub, GitLab, or Bitbucket

When working with code, it's widespread to use libraries for isolating any reusable pieces of code and version them separately from the projects in which they're used. If they are available in a Git repository, DSS provides a way to import Python and R libraries so that they can be used in any code capability of DSS, including recipes, notebooks, or web apps.


Since the import is entirely based on Git, it works with any Git hosting service like Github, Gitlab or Bitbucket. Also, it can be a public or a private repository, as long as DSS has been configured to have access to it.


First, from the project on which you want to import the code, navigate to the Libraries page.

From here, you can develop new libraries, or you can decide to import an existing one from a remote Git repository. Click on the Git button, and select Import from Git.

Then, fill in the following fields: 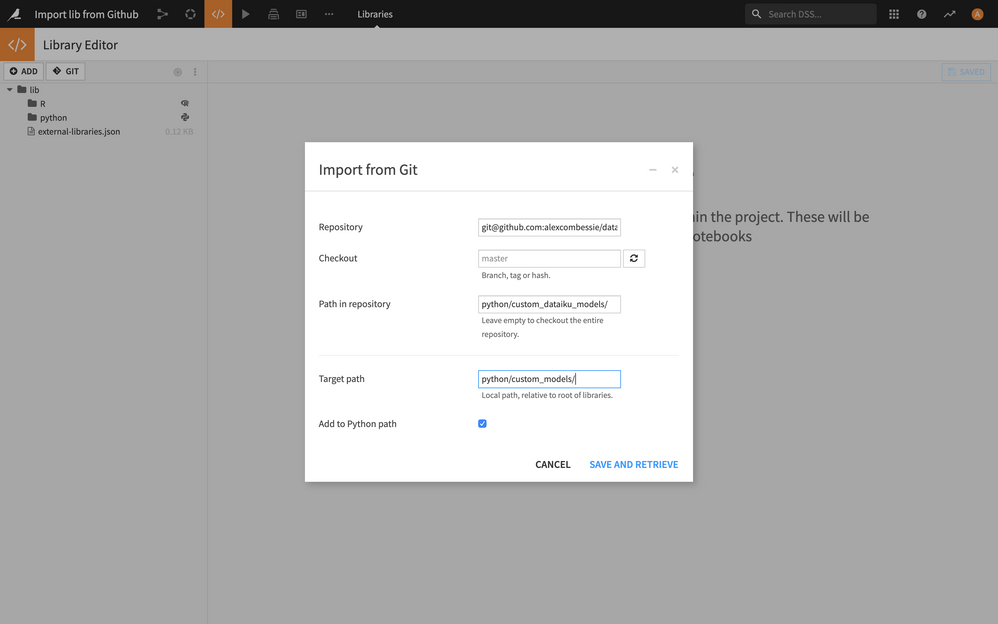 Click on "Save and Retrieve" to proceed to the importation of the external library into the project. 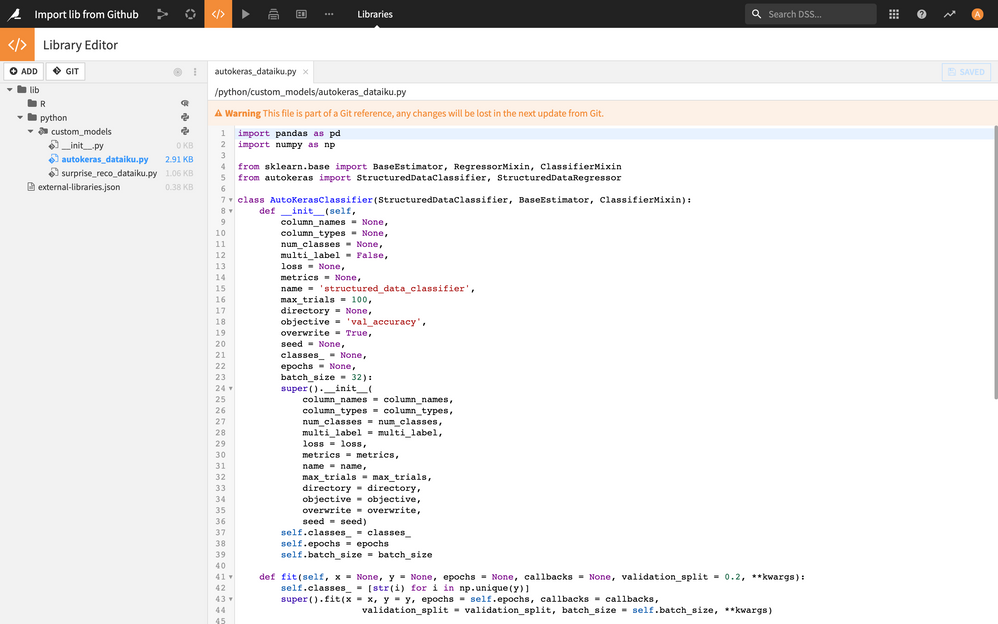 DSS has created a "Git reference", which allows the imported code to be updated by pulling new updates from the remote repository anytime, either manually, or automatically thanks to our scenario step.


The imported library can now be used from anywhere in the project.


In my example, I just need to write the following  line to use it: