I'm creating a pie chart, Count of records by names in a list. I want to show a ranking of members in my dataset. Doing that shows alphabetically ordered the first 20 names in the list, not the members with the highest counts. So if I have names starting with letters late in the alphabet (xyz), they won't appear in the chart despite their relevance.

My initial workaround of filtering by count of records, thereby excluding names with low occurences, doesn't work because it is not a valid filter method.

I would have to filter on the names, manually excluding all those with low occurences. Is there a better way of doing this?

You should be able to change the sorting policy by clicking on the "By" dimension. It will open a menu allowing you to switch from "natural ordering" to a sort based on the displayed value. 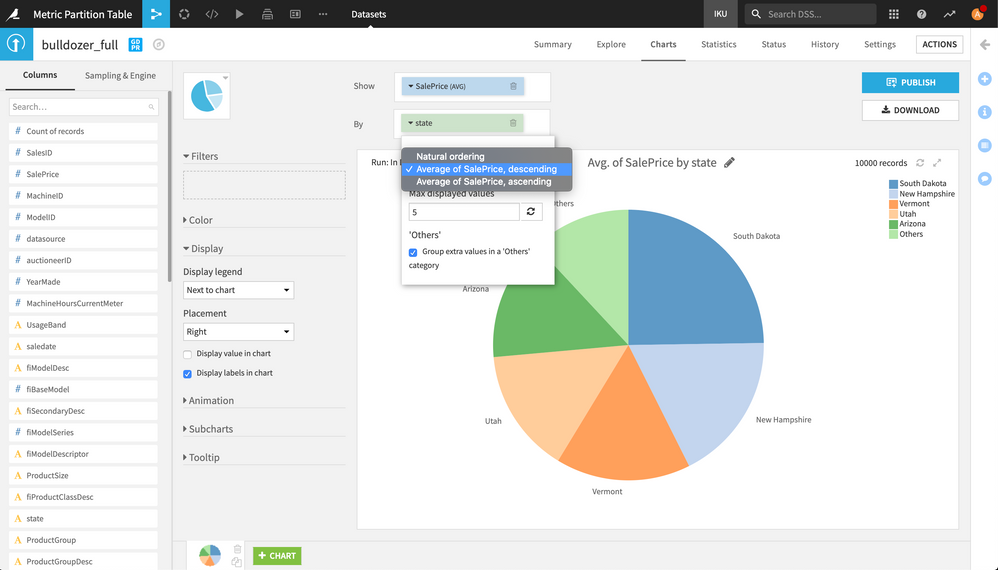