Dataiku DSS has many features catering to R developers, including an integration with RStudio.

Like the DSS integrations with other IDEs, the integration with RStudio enables developers to pull code from R recipes into RStudio, edit the code there, and save it back to an R recipe (as shown in the video below).

The dataiku R package provides add-ins for connecting to a Dataiku instance and managing R recipes on the instance.

Once the package has been installed, configure a connection to an instance of DSS. 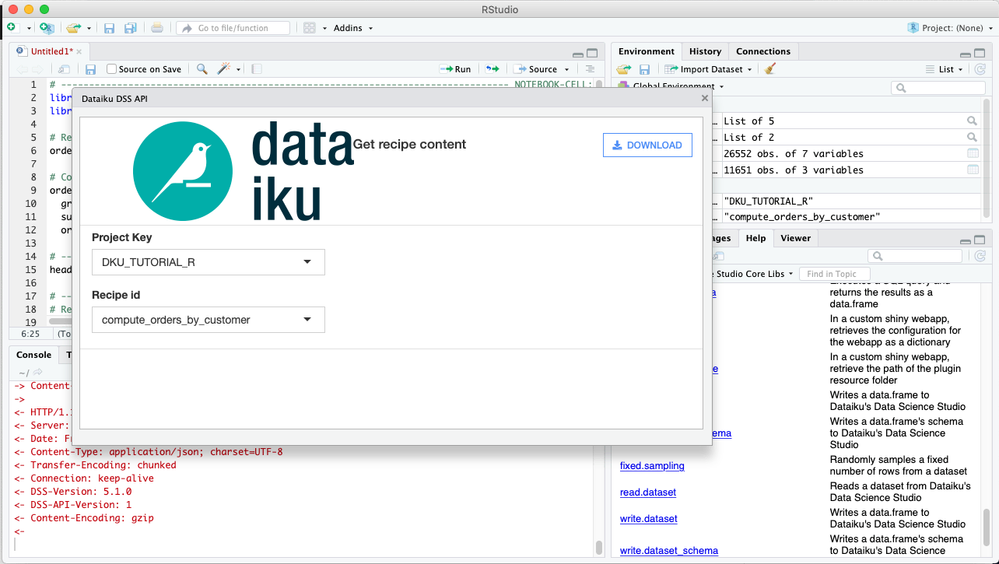 Once a connection has been configured, you can begin pulling code from R recipes into RStudio. This is one alternative for developing R code to the natively-integrated Jupyter notebooks.