In anticipation of our season 4 launch on August 7th, we’ll be releasing profiles of our wonderful hosts and their hot takes on the data space. Our first profile is our new (!!) host, Christopher Peter Makris: 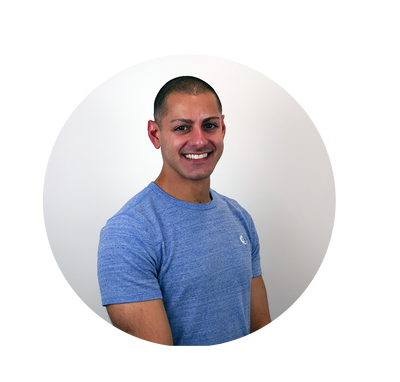 Christopher Peter Makris is a data science lead at Dataiku and is always looking to talk dance, data, and

About me: Christopher Peter Makris (CPM) is a Lead Data Scientist at Dataiku. With a background in Logic, Discrete Mathematics, & Statistics, he brings experience from both industry and academia. CPM previously stood as Director of Data Science at the NYC Data Science Academy and Executive Director of the Master’s of Statistical Practice Program at Carnegie Mellon University; at both institutions, CPM took pride in professionally developing students, aiding in the redesign of technical curricula, and delivering over 3,000 hours of lectures to graduate audiences. In industry, CPM most recently helped thwart cybercrime as the Director of Security Data Science at Empower Retirement. When not crunching numbers on his computer, CPM is crunching his abs in the studio as he’s an avid dancer, choreographer, and CrossFitter (so, while he considers himself a data scientist, he can only count to 5-6-7-8...).

Favorite Algorithm: The Stable Marriage (Gale–Shapley) Algorithm because it was the first I remember learning. Also, the K-Means algorithm for clustering — it is so simple, but has very elegant proofs!

What I think every person in data should know: Just because your prediction was wrong, doesn’t mean you were wrong in your data science practices...and vice-versa! We can always torture data to tell any story we want, so it’s important to be overtly cognizant of this (and have a healthy dose of skepticism) whenever interpreting the results of an analysis.

Favorite episode of the Banana Data Podcast: The one during which I’m introduced — duh! 😉 Just kidding! I like the episodes where there is ambiguity as to what is “right”; I think that lends to colorful discussion and debate.

My data science hot take: Data science is just as much of an art as it is a science; to be a successful data scientist, you not should aspire to not only be a great statistician and impeccable coder, but also a creative thinker and an unconventional innovator.

Guess What’s Coming Back? Hint: It Rhymes With Cabana🍌